Understanding and knowing your machine is one great aspect to work smoothly. The same notion applies to air compressors. When dealing with these buddies you really need to watch out for different problems and maintain your air compressor parts.

One such part is the air compressor pressure switch. Might be a small guy but works like a beast. In today’s mining session you and us going to learn the basics and complexities of pressure switches. Its different parts and their working mechanism. Some popular pressure switch types you can use.

This simple tool completes the entire circuit of the air compressor. It further grants power to the motor as long as system pressure is below the preset settings.

When the air tank reaches up to the required air pressure, the switch turns off the compressor. The switch also plays an important role in maintaining the pressure in your tank.

In some switches, a lever is present on the right or left side of the switch. While in some pressure switch types you will have a red knob on the top. Both have a similar function of separating apart the contacts.

Terminals are those regions where you should connect incoming and outgoing power cords. The terminal’s location varies with the type or brand of pressure switch you are using.

Contacts are those components that are crafted with a conductive material. The material contained is 10% Nickel and 90% silver.

The contact’s primary function is to close the electrical circuit. It allows the power to flow towards the motor. When the contacts are apart, the circuit is incomplete, which results in motor shut-off.

Up next in the component list is the diaphragm. The diaphragm is constructed with flexible material. The function of the Diaphragm is to control the contacts.

The flexible structure helps it pushes against the block as air pressure increases. When the required “Cut-Out Pressure” is attained, the diaphragm forces the contacts apart and shuts off the motor.

Now, what is a pressure relief valve? As it turns out, it’s a type of valve that relieves head and line pressure. In simpler terms, it acts as a rescue back door.

If the pressure switch fails to cut-off power to the motor due to any reason. The pressure in the tank increases to a dangerous level and can cause an explosion.

For that reason, the PRV has an opening that activates when the pressure reaches up a certain level. This depends on the design and mechanism of the air compressor.

The excessive amount of pressure in-tank vents out from the PRV opening. This process takes place at an enormous speed then the compressor can pump it into the tank. Thus, minimizing the pressure back to the normal state.

The main operation of the adjustment spring is to increase or decrease the cut-in/cut-out pressure. Well, in some cases, there are pressure switch types that have a secondary spring. The “Secondary Spring” is smaller than the “Primary Spring”.

The function of the secondary spring is to only regulate the cut-out pressure without affecting the cut-in pressure settings.

Moving on to the next area is the “Pressure Switch Types”. Here I am going to give you a brief lesson about the few popular pressure switch types. Their structure is with a diagram.

The Square D Pressure Switch is utilized for controlling the well-system. It turns the well pump on and off to maintain the water pressure under the preset level.

If the pressure falls to a certain level it starts the pump to gain the optimum level. And if the pressure reaches a maximum set range, it shuts off the pump.

If an “uncontrolled pressure-flow” occurs, which can cause the pressure to drop too low. The pressure switch immediately disables the pump until the problem is resolved.

To resolve the issue, you have to manually reset the switch. You can do it by holding the side lever on the switch until the water pressure is high enough.

The Square D Pressure Switch also prevents the pump from unnecessary use. Because excessive usage can cause an early breakdown of your pump.

It has different models with different capacities and upgraded functions. Discussing all the types here will become boring. Also, it will take longer for you to ingest all the information.

So, to make it easier I am discussing with you only one model which is Condor MDR-2. I will write about the rest of the models in another post in the future.

The Condor MDR-2 pressure switch is usually utilized in a single-phase compressor. You can also use them in large compressors like 60-gallon or 80-gallon for providing signals to the control circuit.

Another fact that I’ll mention is that the MDR-2 has a built-in differential capability. This capability allows MDR-2 to have greater control over the cut-out pressure.

Let me end it with an example. If we preset the cut-in pressure to 4 bar then you can adjust the cut-out pressure up to the range of 5.4 bar and 7.4 bar.

The primary function of all furnace switches is the same as usual. So, here I am going to cut to the chase and mention only one type of furnace switch such as the 69J Furnace switch.

The 69J is well-known in the market. As it grants flexibility to its user to build the pressure switch around the compressor, not the other way around.

Now in Furnas pressure switch, not only you can adjust the unloader valve on both sides. But, also you can rotate it in any of eight different directions. This attribute helps in quicker assembly and shorter tubing.

Another aspect that I would like to mention is the “Bottom Entry Frame”. The frame is designed with built-in clamping strain relief. This relief provides faster assembly.

Further down the line, I want to reveal to you another curious fact. The 69J has thousands of variations that provide maximum flexibility at a lower cost.

Because of the consent of CCC, CE, and other major world organizations, the 69J model has become a worldwide selling product.

Right pressure switch settings are the most basic and crucial step of the compressor and switch working. These settings are utilized by both small piston compressors and large industrial compressors.

Another point I wanted to discuss was pressure switch setting types. Beforehand you already heard about the Cut In and Cut Out Terms. Let me describe it to you.

When the compressor reaches the cut-out point it stops. That’s why the cut-out pressure is also known as the maximum pressure.

A rule of thumb you should memorize is that the differential pressure will always be at least 1 bar. Do not adjust the pressure difference between the cut-in and cut-out if it’s too low. If you do then the compressor will start and stops at a rapid speed. This results in a lot of damage Such as:

How Does A Air Compressor Pressure Switch Work

I was thinking of describing the working mechanism of the pressure switch in a brief manner. Up till now, you have already been familiarized with different terms.

The pressure switch utilizes airlines to monitor the pressurized air as it travels to and from your air compressor. Every switch has a particular component that works when the pressure is exerted. The most common part is the Diaphragm.

I have already discussed, that what a diaphragm is and the function it performs. You can look at the “Parts” section. Here, I am only detailing the working process.

When the air pressure in your tank increases. It builds up a backward pressure which causes deformation of the diaphragm. Due to this deformation, movement in the pressure switch takes place.

When the diaphragm deforms enough then it will break the switch’s inner contact. This results in a power flow stoppage to the motor circuit of the compressor. It also blocks your air compressor from further pressurizing the air in the tank.

Consistent air pressure with a precise volume will keep the diaphragm deformed. But, when the pressure in the tank falls to a certain point, the diaphragm will return back to its original form.

Once the cut-in pressure reaches the specified level. An internal mechanism inside the diaphragm deforms it into the opposite position. Thus, closing the circuit as well as starting the motor again.

This process continues as long as compressed air is being used. The circuit shutdowns when the external power source is cut off or if there’s a problem.

In some situations, you have to replace and wire the pressure switch on the air compressor. While in some cases you only have to adjust it.

Q: What is pressure switch?

Q: Do I need a pressure switch on my air compressor?

Q: Where to buy pressure switch for air compressor?

Ans: You can buy a good compatible air compressor pressure switch from your nearby electronics store or you can go look on Amazon. Because Amazon is the most trusted place when it comes to buying these types of tools and accessories.

Q: How to tell if pressure switch is not working? Pressure switch wiring is a smooth task unless you're a pro. But don't worry... with our “step-by-step wiring guide” it's Read more For working on big jobs with big tools, you need the beastly power at a good price & to get Read more

How To Do An Air Compressor Repair Yourself? 2021 Guide

Air compressor repair should be easier, safer, and cheaper if you follow our step-by-step guide with instructional images. Yep, our today's best quiet air compressor buying guide will help you eliminate noise from your peaceful garage and workshop. 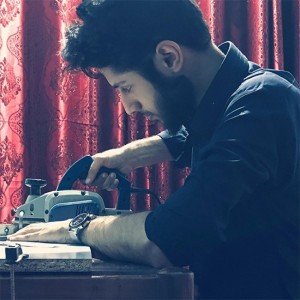